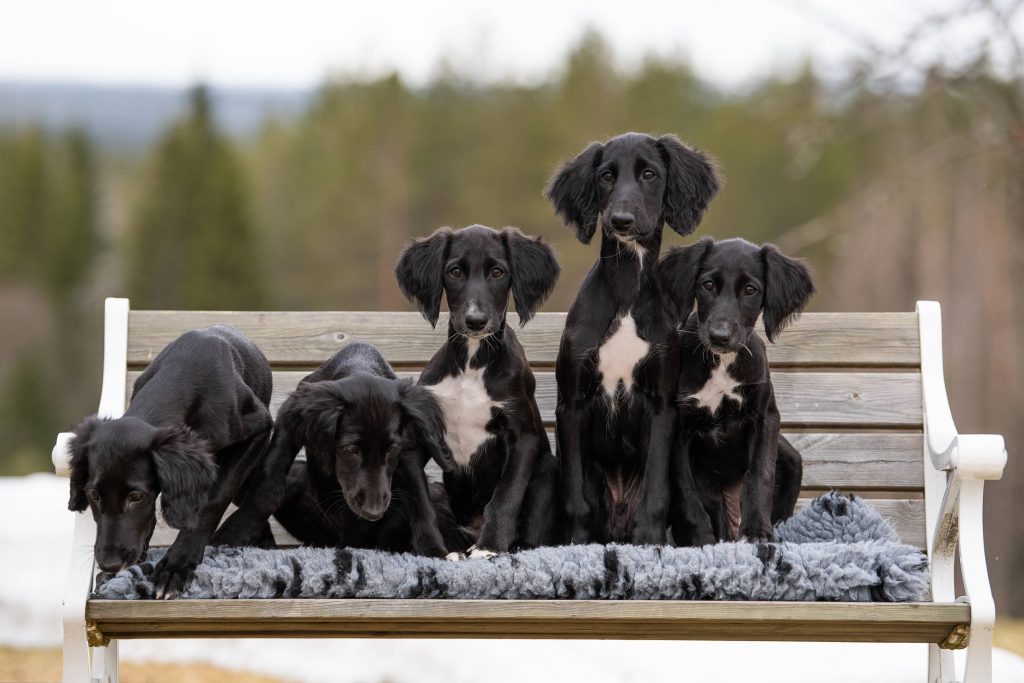 ' Spatzi '
Spatzi is the "first born son" and is now living in Canada. He is co-owned by Julia L Holder and Cecile Chapin.
Photo by Malin Wengdahl.

' Jabir'
Jabir was the biggest of them all from birth, but also the softest. He is living with Maria Jonsson in Jämtland, Sweden.
Photo by Malin Wengdahl.

' Issa '
Issa was the blackest of the litter with only a thin white line on her chest and a few spots on her toes.
Issa was chosen to stay with us.

'Lova'
Lova, a nutter from start and speedfreak, with a sensitive soul.
Living in the UK with Lina Höggren

Hawksview's Secret of the Cosmos at Greendale

“Cosmos comes from a family of highly accomplished Salukis in Open Field Coursing. Some of the top of all time. In addition to Aaron, Impulse, Azali etc. most recently years, his great grandmother won the Grand Course which is the pinnacle of Open Field Coursing, invitation only, for the top OFC dogs in the country. Additionally, his mother won the Grand Course 2007, his sister Mystic is the only Saluki ever to win it twice, 2012 and 2015. His nephew, Inyo won it as well in 2018. Many of the dogs in his pedigree were top contenders in the OFC field. So….it is safe to say this is a line of HIGHLY accomplished open field coursers.”

View more photos of Cosmos and his sibling: 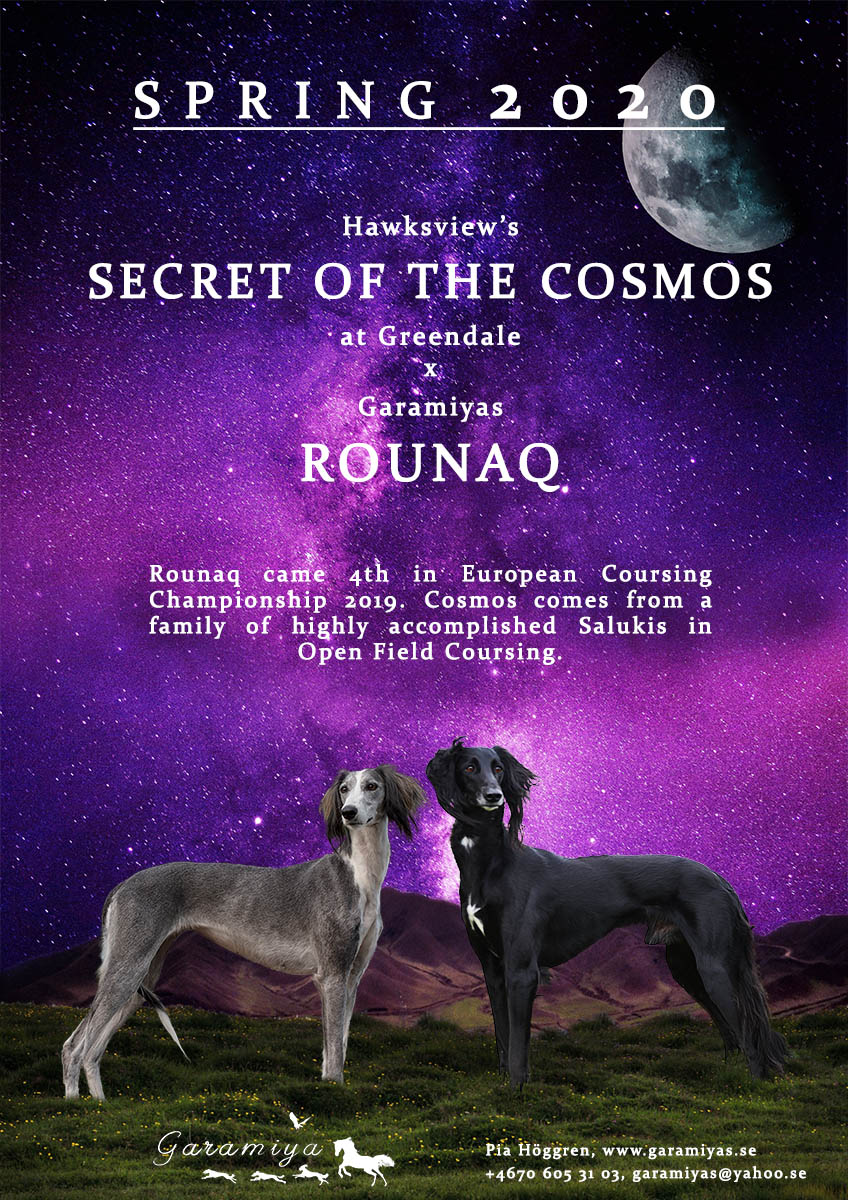 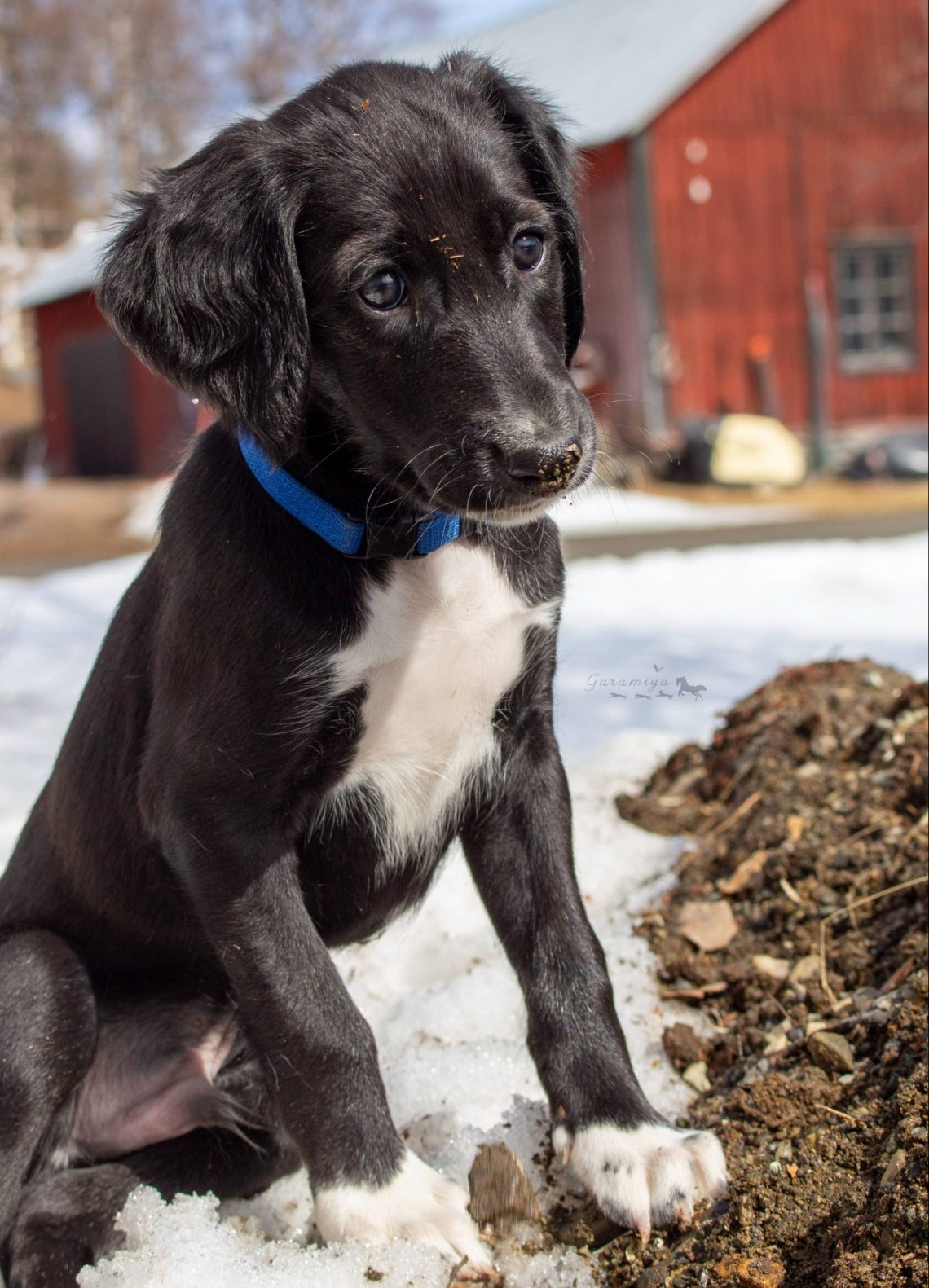